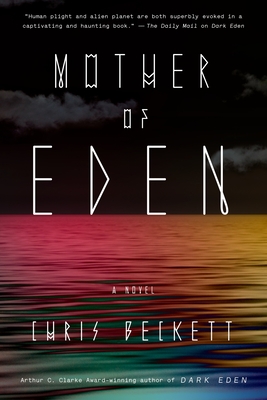 Praise For Mother of Eden: A Novel (Dark Eden #2)…

“Poetic…Beckett renders the terror of the darkness beyond the forests with a riveting deftness that evokes all primordial fears of the unknown…There’s plenty here to intrigue and entrance.” –New York Times Book Review

“A linguistic and imaginative tour de force.” —The Guardian (UK)

“Captivating and haunting…human plight and alien planet are both superbly evoked.” —Daily Mail(UK)

“A stunning novel and a beautiful evocation of a truly alien world.”  —Sunday Times

“Pure astonishment and pleasure, a storytelling ride full of brio and wonder.” —Locus

“Brilliantly imaginative…a superb entertainment, a happy combination of speculative and literary fiction. Not to be missed.” –Booklist (starred)

“Riveting…a keenly imagined vision of the interaction between human nature and a truly alien world.” –BookPage

Chris Beckett is a university lecturer living in Cambridge, England. His short stories have appeared in such publications as Interzone and Asimov’s Science Fiction and in numerous “year’s best” anthologies.
Loading...
or
Not Currently Available for Direct Purchase