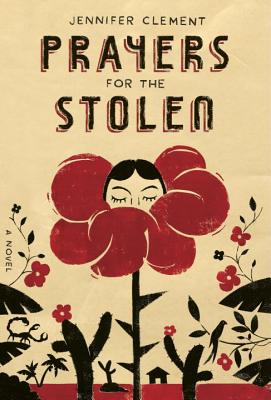 Prayers for the Stolen

A haunting story of love and survival that introduces an unforgettable literary heroine
Ladydi Garcia MartInez is fierce, funny and smart. She was born into a world where being a girl is a dangerous thing. In the mountains of Guerrero, Mexico, women must fend for themselves, as their men have left to seek opportunities elsewhere. Here in the shadow of the drug war, bodies turn up on the outskirts of the village to be taken back to the earth by scorpions and snakes. School is held sporadically, when a volunteer can be coerced away from the big city for a semester. In Guerrero the drug lords are kings, and mothers disguise their daughters as sons, or when that fails they "make them ugly" - cropping their hair, blackening their teeth- anything to protect them from the rapacious grasp of the cartels. And when the black SUVs roll through town, Ladydi and her friends burrow into holes in their backyards like animals, tucked safely out of sight.
While her mother waits in vain for her husband's return, Ladydi and her friends dream of a future that holds more promise than mere survival, finding humor, solidarity and fun in the face of so much tragedy. When Ladydi is offered work as a nanny for a wealthy family in Acapulco, she seizes the chance, and finds her first taste of love with a young caretaker there. But when a local murder tied to the cartel implicates a friend, Ladydi's future takes a dark turn. Despite the odds against her, this spirited heroine's resilience and resolve bring hope to otherwise heartbreaking conditions.
An illuminating and affecting portrait of women in rural Mexico, and a stunning exploration of the hidden consequences of an unjust war, PRAYERS FOR THE STOLEN is an unforgettable story of friendship, family, and determination.


Praise For Prayers for the Stolen…

“Beguiling, and even crazily enchanting… [Clement] writes a poet’s prose, spare and simple, creating her world through patterns of repeated and varied metaphors and images that blossom inside the reader like radiant poppies…Prayers for the Stolen gives us words for what we haven’t had words for before, like something translated from a dream in a secret language. The novel is an ebullient yet deeply stirring paean to its female characters’ resiliency and capacity for loyalty, friendship, compassion and love, but also to the power of fiction and poetry.”—Francisco Goldman, New York Times Book Review

"[A] beautiful, heart-rending novel...Fiercely observed comparisons of human and inanimate life form a continuing motif throughout the story...[Clement] achieves the formidable feat of smooth, clear English that pulses with an energy and sensibility that is convincingly Latin American… So compelling...Prayers for the Stolen is a powerful read.”—Wall Street Journal

“With Prayers for the Stolen, Jennifer Clement has cracked open, rewired, and madly reimagined the coming-of-age narrative through the eyes and mind of an ingenious and wise young woman.  This book is a glorious fever dream of honesty and love.” —Patrick Somerville, author of This Bright River

“Prayers for the Stolen is a magnificent story, filled with a wisdom so dense and ancient as to seem almost unbearable. One wants to turn away, but cannot. It’s a mesmerizing read, illustrative of the idea that even traces of beauty, deeply felt, can help carry a traveler through the harshest landscape, or the harshest life.” —Rick Bass, author of Why I Came West

“What can I say about this novel? That it’s extraordinary, electric, heartbreaking, profound? There aren’t enough adjectives to describe how moved I was by the story of Ladydi and her friends, of their tragic lives and quiet fortitude in spite of a world that conspires against them. Maybe it’s enough just to say this: Prayers for the Stolen is the best book I’ve read in years.” —Cristina Henríquez, author of The World in Half

"The most enchanting journey I’ve taken in a long, long time, and the most important. Prayers For The Stolen is a hand-guided tour through a ruthless true corner of our century, with characters so alive they will burrow into your heart. Stunningly written, magically detailed, you see, smell and taste the action on every page, feel every foible, and miss the candor of these funny, achingly human voices long after you put them down. As the heroine herself might say: not something to read but to lick off a plate." —DBC Pierre, Man Booker Prize-winning author of Vernon God Little

“Clement is more a poet than a documentarian, and the girls and women of the village she chronicles are complex individuals...Clement treats the brutal material honestly...and ultimately allows Ladydi to continue to hope.”—Publishers Weekly

"Moving...Through a beautifully rendered poetic rhythm all her own, Clement tells a story of the often forgotten women who carry on through the drug wars...Prayers for the Stolen tells a complicated and layered story...It feels painfully real, with a dry wit and subtly inquisitive subtext that should leave American readers wondering what can be done."—Kirkus Reviews


International Praise for Prayers for the Stolen

“Highly original…[Clement’s] prose is poetic in the true sense: precise as a scalpel, lyrical without being indulgent.” – The Guardian

“What a marvelous writer Clement is....[With] power in a prose that is simple and simply beguiling.” – The Scotsman

"Bold and innovative…The rich mixture of the outlandishly real and the hyperfabulistic has a certain superstitious power over the reader. Jennifer Clement employs poetry's ability to mirror thought… superbly drawn." —The Times Literary Supplement

“That is the triumph of Clement’s tone in the novel—she shows the black comedy in the details and the emergency in the broader picture...There is a chance that fiction can make a difference.”—Telegraph

“Beautifully written...Clement's prose is luminous and startlingly original. The sentences are spare and stripped back, but brilliantly manage to contain complex characters and intense emotional histories in a few vividly poetic words. Her portrayal of modern Mexico is heartbreaking; a dangerous and damaging environment for women, but her portrait of Ladydi and her refusal to be one of the lost girls is defiantly bold and bravely uncompromising”— Sunday Express

”Despite its violent premise, this is a darkly comic read with one of the funniest, most touching narrators in years, highlighting a very real issue in a remarkably fresh way. An inspiring story of female resilience”— Psychologies

“With Ladydi, Jennifer Clement has created a feisty teenage heroine who is an unforgettable character”— Good Housekeeping

Jennifer Clement is the author of multiple books, including "Widow Basquiat." She was awarded the NEA Fellowship for Literature and the Sara Curry Humanitarian Award for "Prayers for the Stolen." The president of PEN International, she currently lives in Mexico City.
Loading...
or
Not Currently Available for Direct Purchase