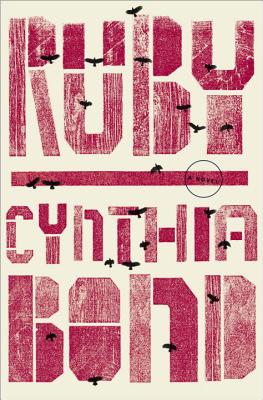 “As a boy in the small East Texas town of Liberty, Ephram Jennings lost his heart to a beautiful girl named Ruby. As a middle-aged man, Ephram decides to risk the disapproval of nearly everyone in town and show his love, though by now Ruby has been nearly destroyed by the demons of her past, both real and imagined. Bond evokes Toni Morrison in her beautifully written and unflinching description of the realities of life in a small Texas town in the middle of the 20th century, where things are not always what they seem, and where the power of evil and the evil of power put up a strong fight against the power of love.”
— Alice Meloy, Blue Willow Bookshop, Houston, TX
View the List

A New York Times bestseller and Oprah Book Club 2.0 selection, the epic, unforgettable story of a man determined to protect the woman he loves from the town desperate to destroy her. This beautiful and devastating debut heralds the arrival of a major new voice in fiction. Ephram Jennings has never forgotten the beautiful girl with the long braids running through the piney woods of Liberty, their small East Texas town. Young Ruby Bell, "the kind of pretty it hurt to look at," has suffered beyond imagining, so as soon as she can, she flees suffocating Liberty for the bright pull of 1950s New York. Ruby quickly winds her way into the ripe center of the city--the darkened piano bars and hidden alleyways of the Village--all the while hoping for a glimpse of the red hair and green eyes of her mother. When a telegram from her cousin forces her to return home, thirty-year-old Ruby finds herself reliving the devastating violence of her girlhood. With the terrifying realization that she might not be strong enough to fight her way back out again, Ruby struggles to survive her memories of the town's dark past. Meanwhile, Ephram must choose between loyalty to the sister who raised him and the chance for a life with the woman he has loved since he was a boy. Full of life, exquisitely written, and suffused with the pastoral beauty of the rural South, Ruby is a transcendent novel of passion and courage. This wondrous page-turner rushes through the red dust and gossip of Main Street, to the pit fire where men swill bootleg outside Bloom's Juke, to Celia Jennings's kitchen, where a cake is being made, yolk by yolk, that Ephram will use to try to begin again with Ruby. Utterly transfixing, with unforgettable characters, riveting suspense, and breathtaking, luminous prose, Ruby offers an unflinching portrait of man's dark acts and the promise of the redemptive power of love. Ruby was a finalist for the PEN America Robert Bingham Debut Novel Award, a Barnes & Noble Discover Great New Writers selection, and an Indie Next Pick.

“Reading Cynthia Bond’s Ruby, you can’t help but feel that one day this book will be considered a staple of our literature, a classic. Lush, deep, momentous, much like the people and landscape it describes, Ruby enchants not just with its powerful tale of lifelong quests and unrelenting love, but also with its exquisite language. It is a treasure of a book, one you won’t soon forget.”
—EDWIDGE DANTICAT, author of Claire of the Sea Light

“Pure magic. Every line gleams with vigor and sound and beauty. Ruby somehow manages to contain the darkness of racial conflict and cruelty, the persistence of memory, the physical darkness of the piney woods and strange elemental forces, and weld it together with bright seams of love, loyalty, friendship, laced with the petty comedies of small-town lives. Slow tragedies, sudden light. This stunning debut delivers and delivers and delivers.”
—JANET FITCH, author of White Oleander

“Ruby is a harrowing, hallucinatory novel, a love story and a ghost story about one woman’s attempt to escape the legacy of violence in a small southern town. Cynthia Bond writes with a dazzling poetry that’s part William Faulkner, part Toni Morrison, yet entirely her own. Ruby is encircled by shadows, but incandescent with light.”
—ANTHONY MARRA, author of A Constellation of Vital Phenomena

“From the first sentence, Cynthia Bond’s unforgettable debut novel, Ruby, took hold of me and it hasn’t let go. Once I began reading I couldn’t stop, awed by Bond’s immense talent. Ruby’s story is one of pain and beauty, damnation and redemption. Cynthia Bond has written a book everyone should read, about the power of love to overcome even the darkest of histories.”
—AMY GREENE, author of Bloodroot

“Bond proves to be a powerful literary force, a writer whose unflinching yet lyrical prose is reminiscent of Toni Morrison’s.”
—O, The Oprah Magazine

“Debut novelist Bond knows the dark potentialities of her setting and explores them adroitly through each well-drawn character… [T]his book exhibits a dark and redemptive beauty. Bond’s prose is evocative of Alice Walker and Toni Morrison, paying homage to the greats of Southern gothic literature.”
—Library Journal (starred)

“A stunning debut. Ruby is unforgettable.”
—John Rechy, author of City of Night

CYNTHIA BOND has taught writing to homeless and at-risk youth throughout Los Angeles for more than fifteen years. She attended Northwestern University's Medill School of Journalism, then moved to New York and attended the American Academy of Dramatic Arts. A PEN/Rosenthal Fellow, Bond founded the Blackbird Writing Collective in 2011. At present, Bond teaches therapeutic writing at Paradigm Malibu Adolescent Treatment Center. A native of East Texas, she lives in Los Angeles with her daughter.