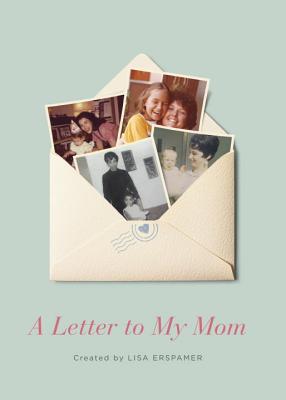 A Letter to My Mom

Including letters from Melissa Rivers, Shania Twain, will.i.am, Christy Turlington, and Kristin Chenoweth
Just in time for Mother's Day, the next book in the A Letter to My series (after A Letter to My Dog and A Letter to My Cat) takes on mothers, with celebrities and civilians writing letters of gratitude and admiration to the women who raised them, alongside gorgeous, intimate photos.

Lisa Erspamer is president of Lisa Erspamer Entertainment and Unleashed Media. Previously, Lisa served as chief creative officer and executive vice president of programming and development for OWN: The Oprah Winfrey Network, as well as co-executive producer at The Oprah Winfrey Show, where she produced hundreds of shows. The creator and coauthor of A Letter to My Dog and A Letter to My Cat, Lisa lives with her dogs Lily and Grace in Los Angeles.
Loading...
or
Not Currently Available for Direct Purchase