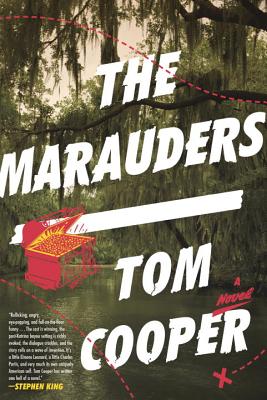 When the BP oil spill devastates the Gulf coast, those who made a living by shrimping find themselves in dire straits. For the oddballs and lowlifes who inhabit the sleepy, working class bayou town of Jeannette, these desperate circumstances serve as the catalyst that pushes them to enact whatever risky schemes they can dream up to reverse their fortunes. At the center of it all is Gus Lindquist, a pill-addicted, one armed treasure hunter obsessed with finding the lost treasure of pirate Jean Lafitte. His quest brings him into contact with a wide array of memorable characters, ranging from a couple of small time criminal potheads prone to hysterical banter, to the smooth-talking Oil company middleman out to bamboozle his own mother, to some drug smuggling psychopath twins, to a young man estranged from his father since his mother died in Hurricane Katrina. As the story progresses, these characters find themselves on a collision course with each other, and as the tension and action ramp up, it becomes clear that not all of them will survive these events.

TOM COOPER has been published in dozens of literary magazines and journals, most recently in Oxford American, Mid-American Review, Gulf Coast, Boulevard, and Willow Springs. His stories have been nominated four times for the Pushcart Prize. He lives in New Orleans.
Loading...
or
Not Currently Available for Direct Purchase