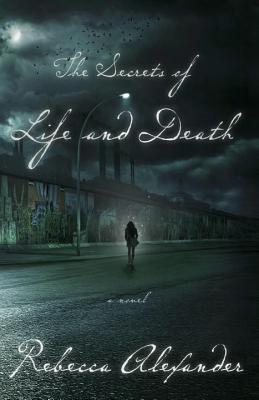 The Secrets of Life and Death

In modern day England, Professor Felix Guichard is called in to identify occult symbols found on the corpse of a young girl. His investigation brings him in contact with a mysterious woman, Jackdaw Hammond, who guards a monumental secret--She's Dead. Or she would be, were it not for magic which has artificially extended her life. But someone else knows her secret. Someone very old and very powerful, who won't rest until they've taken the magic that keeps her alive....

In Krakow in 1585, Dr John Dee, the Elizabethan Alchemist and Occultist, and his assistant Edward Kelley have been summoned by the King of Poland to save the life of his niece, the infamous Countess Elisabeth Bathory. But they soon realize that the only thing worse than the Countess' malady, is the magic that might be able to save her...
As Jackdaw and Felix race to uncover the truth about the person hunting her, it becomes clear that the answers they seek can only be found in the ancient diary of John Dee's assistant, Edward Kelley. Together they must solve a mystery centuries in the making, or die trying.

Praise For The Secrets of Life and Death: A Novel…

“Offers up the most successful blending of mystery, historical intrigue and occult fantasy since Elizabeth Kostova’s The Historian…Brilliant and multilayered.”   -J.D. Horn, author of the Witching Savannah series

“With its intoxicating blend of historical detail, occult magic, and modern drama, Rebecca Alexander’s debut novel is rich with intrigue and suspense” - Jodi McIsaac, author of the Thin Veil series

“A fine addition to the urban fantasy genre…marks Alexander as an author to watch.” – The Independent on Sunday
Praise for the Secrets of Life and Death

REBECCA ALEXANDER has worked in psychology and education, and has an MA in Creative Writing. She lives with her husband on the coast of England.
Loading...
or
Not Currently Available for Direct Purchase