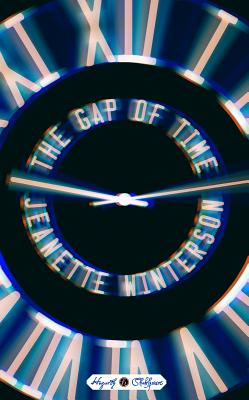 The Gap of Time

The Winter's Tale is one of Shakespeare's late plays. It tells the story of a king whose jealousy results in the banishment of his baby daughter and the death of his beautiful wife. His daughter is found and brought up by a shepherd on the Bohemian coast, but through a series of extraordinary events, father and daughter, and eventually mother too, are reunited.
In The Gap of Time, Jeanette Winterson's cover version of The Winter's Tale, we move from London, a city reeling after the 2008 financial crisis, to a storm-ravaged American city called New Bohemia. Her story is one of childhood friendship, money, status, technology and the elliptical nature of time. Written with energy and wit, this is a story of the consuming power of jealousy on the one hand, and redemption and the enduring love of a lost child on the other.

Jeanette Winterson OBE has written ten novels, children s books, non-fiction works, and screenplays, and writes regularly for the Guardian. She was adopted by Pentecostal parents and raised in Manchester to be a missionary, which she wrote about in her first novel, Oranges Are Not The Only Fruit, and twenty-seven years later in her bestselling memoir, Why Be Happy When You Could Be Normal? The Winter s Tale tells the story of Perdita, the abandoned child. All of us have talismanic texts that we have carried around and that carry us around. I have worked with The Winter s Tale in many disguises for many years, Jeanette says of the play. The result is The Gap of Time, her cover version."