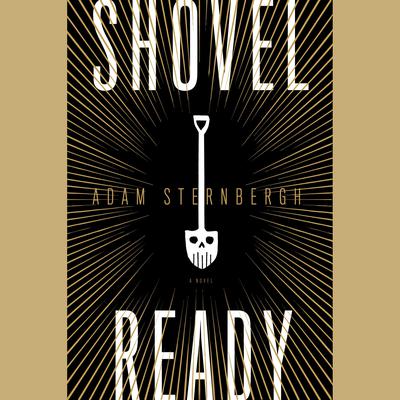 The futuristic hardboiled noir that Lauren Beukes calls “sharp as a paper-cut” about a garbage man turned kill-for-hire.

Spademan used to be a garbage man.  That was before the dirty bomb hit Times Square, before his wife was killed, and before the city became a blown-out shell of its former self.

In a near-future New York City split between those who are wealthy enough to “tap in” to a sophisticated virtual reality, and those who are left to fend for themselves in the ravaged streets, Spademan chose the streets.  When his latest client hires him to kill the daughter of a powerful evangelist, he must navigate between these two worlds—the wasteland reality and the slick fantasy—to finish his job, clear his conscience, and make sure he’s not the one who winds up in the ground.

Adam Sternbergh is the culture editor of The New York Times Magazine. Formerly an editor-at-large for New York, his writing has been featured in several other publications including GQ, The Times of London, and on the radio program This American Life. He lives in Brooklyn and is at work on a second Spademan novel.