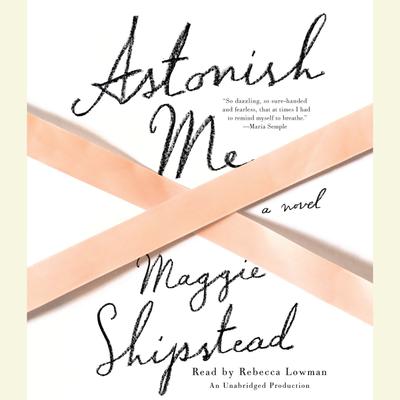 MAGGIE SHIPSTEAD was born in 1983 and grew up in Orange County, California. Her highly acclaimed debut novel, Seating Arrangements, was a national best seller and the winner of the Dylan Thomas Prize as well as a finalist for the Flaherty-Dunnan First Novel Prize. She is a graduate of the Iowa Writers' Workshop and a former Wallace Stegner Fellow at Stanford. In winter 2012, she was a resident at the Cité Internationale des Arts in Paris. Her writing has appeared in The New York Times, The San Francisco Chronicle, Tin House, The Paris Review Daily, The Virginia Quarterly Review, American Short Fiction, The Best American Short Stories,and elsewhere. Her story "La Moretta" was a 2012 National Magazine Award finalist.