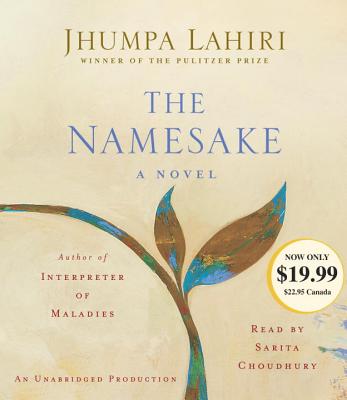 Jhumpa Lahiri's poignant first novel builds on the themes of her Pulitzer Prize-winning short story collection, INTERPRETER OF MALADIES. In THE NAMESAKE, the Ganguli family emigrates from Calcutta to Cambridge to the Boston suburbs at the end of the 1960s, shortly after their arranged marriage. An MIT engineering student, Ashoke is progressive and ready to enter American culture, while his tradition-bound wife, Ashima, desperately misses her Indian home and resists the new world. When their first child, a boy, is born, they give him the pet name of Gogol, after the Russian writer, whose writings Ashoke believes were instrumental in saving his life. This tale of three generations sensitively explores the profound conflicts between cultures and generations, the child's search for cultural identity, and the power of acceptance.

Jhumpa Lahiri was born in London and raised in Rhode Island. She is the recipient of a Guggenheim Fellowship and the author of two previous books. Her debut collection of stories, "Interpreter of Maladies," was awarded the Pulitzer Prize, the PEN/Hemingway Award, and "The New Yorker" Debut of the Year. Her novel, "The Namesake," was a "New York Times" Notable Book, a "Los Angeles Times" Book Prize finalist, and was selected as one of the best books of the year by "USA Today" and "Entertainment Weekly," among other publications. She lives in Brooklyn, New York.
Loading...
or
Not Currently Available for Direct Purchase