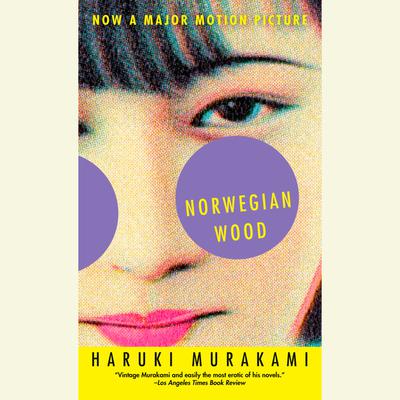 From the bestselling author of Kafka on the Shore: A magnificent coming-of-age story steeped in nostalgia, “a masterly novel” (The New York Times Book Review) blending the music, the mood, and the ethos that were the sixties with a young man’s hopeless and heroic first love.

Toru, a serious young college student in Tokyo, is devoted to Naoko, a beautiful and introspective young woman, but their mutual passion is marked by the tragic death of their best friend years before. As Naoko retreats further into her own world, Toru finds himself drawn to a fiercely independent and sexually liberated young woman.

Stunning and elegiac, Norwegian Wood first propelled Haruki Murakami into the forefront of the literary scene.