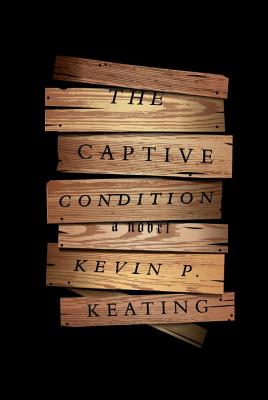 From a thrilling new voice in fiction comes a chilling and deliciously dark novel about an idyllic Midwestern college town that turns out to be a panorama of depravity and a nexus of horror.
For years Normandy Falls has been haunted by its strange history and the aggrieved spirits said to roam its graveyards. Despite warnings, Edmund Campion is determined to pursue an advanced degree there. But Edmund soon learns he isn t immune to the impersonal trappings of fate: his girlfriend, Morgan Fey, smashes his heart; his adviser, Professor Martin Kingsley, crushes him with frivolous assignments; and his dead-end job begins to take a toll on his physical and mental health. One night he stumbles upon the body of Emily Ryan, an unapologetic townie, drowned in her family pool. Was it suicide or murder? In the days that follow, Emily's husband, Charlie, crippled by self-loathing and frozen with fear, attempts to flee his disastrous life and sends their twin daughters to stay with the Kingsleys. Possessed by an unnamed, preternatural power, the twins know that the professor seduced their mother and may have had a hand in her fate. With their piercing stares, the girls fill Martin with a remorse that he desperately tries to hide from his wife. Elsewhere, a low-level criminal named the Gonk takes over a remote cottage, complete with a burial ground and moonshine still, and devises plans for both. Xavier D Avignon, the eccentric chef of a failing French restaurant, supplies customers with a hallucinogenic cocktail. And Colette Collins, an elderly local artist of the surreal, attends a retrospective of her work that is destined to set the whole town on fire.
Kevin P. Keating's masterly novel delves into the deepest recesses of the human capacity for evil.

After working as a boilermaker in the steel mills in Ohio, KEVIN P. KEATING became a professor of English and began teaching at Baldwin Wallace University, Cleveland State University, and Lorain County Community College. His essays and stories have appeared in more than fifty literary journals, and his first novel, The Natural Order of Things, was a finalist for the Los Angeles Times Book Prizes Art Seidenbaum Award for First Fiction. He lives in Cleveland."
Loading...
or
Not Currently Available for Direct Purchase