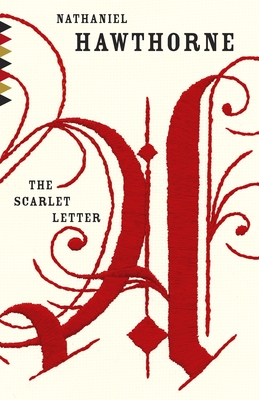 Nathaniel Hawthorne’s masterpiece, an iconic fable of guilt and redemption set in Puritan Massachusetts, has long been considered one of the greatest American novels.

The story of Hester Prynne—found out in adultery, pilloried by her Puritan community, and abandoned, in different ways, by both her partner in sin and her vengeance-seeking husband—possesses a reality heightened by Hawthorne’s sympathy and his unmixed devotion to his supposedly fallen but fundamentally innocent heroine. The Scarlet Letter rightly deserves its stature as the first great novel written by an American, a work of moral force and narrative power that announced a literature equal to any in the world.


Praise For The Scarlet Letter: A Romance (Vintage Classics)…

NATHANIEL HAWTHORNE (1804–1864), born in Salem, Massachusetts, is the author of The House of the Seven Gables, Mosses from an Old Manse, The Blithedale Romance, and The Marble Faun, among others. His many famous short stories include "Young Goodman Brown," "Rappaccini’s Daughter," and "The Artist of the Beautiful."