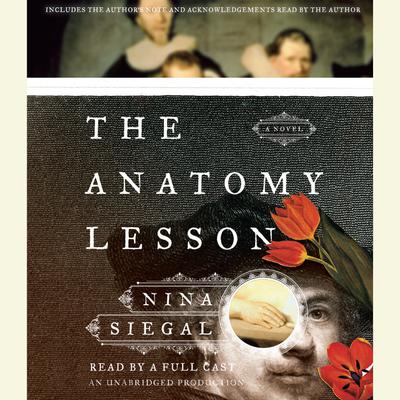 Set in one day in 1632, The Anatomy Lesson is a stunning portrayal of Golden Age Amsterdam and a brilliantly imagined back-story to Rembrandt's first great work of art. Told from several points of view, ranging from a curio dealer who collects bodies for the city’s chief anatomist to philosopher Rene Descartes, the novel opens on the morning of the medical dissection that is to be recorded by the twenty-six-year-old artist from Leiden who has yet to attach his famous signature to a painting.

As the story builds to its dramatic and inevitable conclusion, the events that transpire throughout the day sway Rembrandt to make fundamental changes to his initial composition. These changes will remain mysteries for centuries until a young art historian closely examines the painting in the twenty-first century, and makes surprising discoveries about the painter, his process, and his genius for capturing enduring truths about human nature in a single moment.

NINA SIEGAL is a graduate of the Iowa Writers' Workshop. She is the recipient of a Fulbright Fellowship, a Jack Leggett Fellowship from Iowa, and a MacDowell Colony Fellowship. She is the founding editor of Time Out Amsterdam and has written for The New York Times, The Wall Street Journal, and International Herald Tribune.