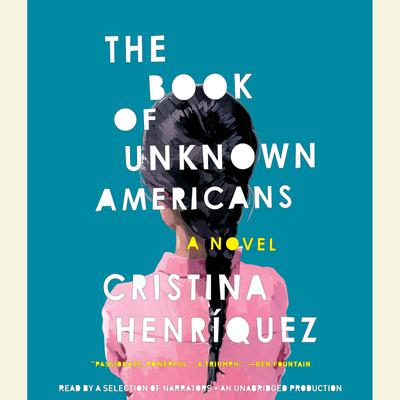 “A triumph of storytelling. Henríquez pulls us into the lives of her characters with such mastery that we hang on to them just as fiercely as they hang on to one another and their dreams. This passionate, powerful novel will stay with you long after you’ve turned the final page.” —Ben Fountain, author of Billy Lynn’s Long Halftime Walk

A boy and a girl who fall in love. Two families whose hopes collide with destiny. An extraordinary novel that offers a resonant new definition of what it means to be American.

Arturo and Alma Rivera have lived their whole lives in Mexico. One day, their beautiful fifteen-year-old daughter, Maribel, sustains a terrible injury, one that casts doubt on whether she’ll ever be the same. And so, leaving all they have behind, the Riveras come to America with a single dream: that in this country of great opportunity and resources, Maribel can get better.

When Mayor Toro, whose family is from Panama, sees Maribel in a Dollar Tree store, it is love at first sight. It’s also the beginning of a friendship between the Rivera and Toro families, whose web of guilt and love and responsibility is at this novel’s core.

Woven into their stories are the testimonials of men and women who have come to the United States from all over Latin America. Their journeys and their voices will inspire you, surprise you, and break your heart.

Suspenseful, wry and immediate, rich in spirit and humanity, The Book of Unknown Americans is a work of rare force and originality.

CRISTINA HENRIQUEZ is the author of the story collection Come Together, Fall Apart, which was a New York Times Editors' Choice selection, and the novel The World in Half. Her work has appeared in The New Yorker, The Atlantic, Glimmer Train, Virginia Quarterly Review, Ploughshares, TriQuarterly, AGNI, and The Oxford American, as well as in various anthologies.