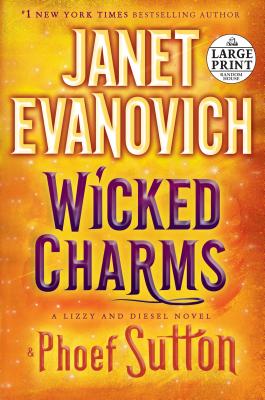 Lizzy and Diesel are back in an all-new wicked adventure from Janet Evanovich and Emmy Award–winning co-author Phoef Sutton.

“Delivers what Evanovich’s readers have come to expect: laughs, oddball situations, quirky supporting characters, and a dash or two of romance.”—Examiner.com

“Delivers what [Janet] Evanovich’s readers have come to expect: laughs, oddball situations, quirky supporting characters, and a dash or two of romance.”—Examiner.com

Phoef Sutton is a writer, producer, and novelist who has written for shows such as Cheers, News Radio, and Boston Legal. Sutton is also the winner of two Emmy Awards, a Golden Globe, and a Peabody Award.