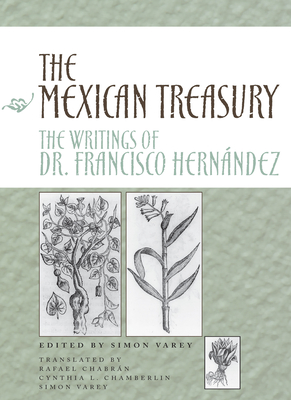 The Writings of Dr. Francisco Hernández

This volume consists of a selection of English translations from the extensive writings of Dr. Francisco Hern ndez (1515-87). Celebrated in his own day as one of Spain's leading physicians and naturalists, he is now best remembered for his monumental work on the native plants and materia medica of central Mexico. Sent to New Spain in 1570 by King Philip II to research and describe the natural history of the region, to assess the medical usefulness of the natural resources, and to gather ethnographic materials for an anthropological history, Hern ndez was the first trained scientist to undertake scientific work in the New World. For seven years he gathered information throughout the Valley of Mexico, learning Nahuatl, recording local medical customs, studying indigenous medicines, and writing down all his observations. The result was The Natural History of New Spain, written in Latin, which consisted of six folio volumes filled with descriptions of over 3,000 plants previously unknown in Europe (along with descriptions of a much smaller number of animals and minerals) and ten folio volumes of paintings by Mexican artists illustrating the plants and animals he described. Hern ndez died before he could publish his Natural History, and the materials were placed in the Escorial, where they were extensively consulted, copied, abstracted, and translated by generations of scientists, medical specialists, and natural philosophers before they were destroyed by fire in 1671. Hern ndez's work was still regarded as authoritative on a number of New World botanical topics as late as the nineteenth century, and his writings remain in use in popular form in Mexico today. Only a tiny fragment of the Natural History has previously appeared in English. The selections in this volume are designed to reflect the historical patterns of dissemination of the work of Hern ndez, giving modern readers a sense of which portions of his vast corpus entered scientific discourse and spread across two continents in the seventeenth and eighteenth centuries.

Simon Varey is Director of Development Publications at the College of Letters and Science, University of California, Los Angeles.

Praise For The Mexican Treasury: The Writings of Dr. Francisco Hernández…

"The Mexican Treasury provides English translations of the major texts of botany and natural history that assimilated, and in many ways transformed, knowledge originally gleaned from Hernandez, with extracts from De Laet, Nieremberg, Lovell, Stubbe, Sloane, Ray and Salmon. One can readily use these extracts as student assignments for comparing approaches to New World plants such as chilli, cacao and corn."—Renaissance Quarterly

"The primary voice of the book is that of Dr. Hernandez himself. He is a prolific writer. . . . The translators have made all of this easily readable and provide abundant footnoted documentation."—Southeastern Naturalist