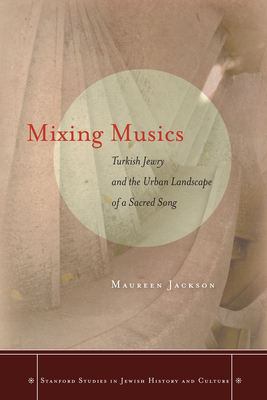 This book traces the mixing of musical forms and practices in Istanbul to illuminate multiethnic music-making and its transformations across the twentieth and twenty-first centuries. It focuses on the Jewish religious repertoire known as the Maftirim, which developed in parallel with secular Ottoman court music. Through memoirs, personal interviews, and new archival sources, the book explores areas often left out of those histories of the region that focus primarily on Jewish communities in isolation, political events and actors, or nationalizing narratives. Maureen Jackson foregrounds artistic interactivity, detailing the life-stories of musicians and their musical activities. Her book amply demonstrates the integration of Jewish musicians into a larger art world and traces continuities and ruptures in a nation-building era. Among its richly researched themes, the book explores the synagogue as a multifunctional venue within broader urban space; girls, women, and gender issues in an all-male performance practice; new technologies and oral transmission; and Ottoman musical reconstructions within Jewish life and cultural politics in Turkey today.


Praise For Mixing Musics: Turkish Jewry and the Urban Landscape of a Sacred Song (Stanford Studies in Jewish History and Culture)…

"By treating the private, discrete narratives of individual figures, this innovative book brings to life the nuances of daily existence and social accommodation in the musical culture of modern Turkish Jews. This refreshing approach provides new insights on topics that have been left unsaid by more conventional narratives about this subject."—Edwin Seroussi, Hebrew University of Jerusalem

Dr. Maureen Jackson is a research scholar of Jewish and Ottoman-Turkish Studies based in Seattle, Washington.
Loading...
or support indie stores by buying on