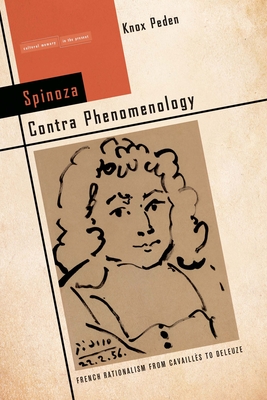 Spinoza Contra Phenomenology fundamentally recasts the history of postwar French thought, typically presumed to have been driven by a critique of reason indebted to Nietzsche and Heidegger. Although the reception of phenomenology gave rise to many innovative developments in French philosophy, from existentialism to deconstruction, not everyone in France was pleased with this German import. This book recounts how a series of French philosophers used Spinoza to erect a bulwark against the nominally irrationalist tendencies of phenomenology. From its beginnings in the interwar years, this rationalism would prove foundational for Althusser's rethinking of Marxism and Deleuze's ambitious metaphysics. There has been a renewed enthusiasm for Spinozism of late by those who see his work as a kind of neo-vitalism or philosophy of life and affect. Peden counters this trend by tracking a decisive and neglected aspect of Spinoza's philosophy--his rationalism--in a body of thought too often presumed to have rejected reason. In the process, he demonstrates that the virtues of Spinoza's rationalism have yet to be exhausted.

Knox Peden is an Australian Research Council Fellow in the School of Philosophy at the Australian National University.
or support indie stores by buying on