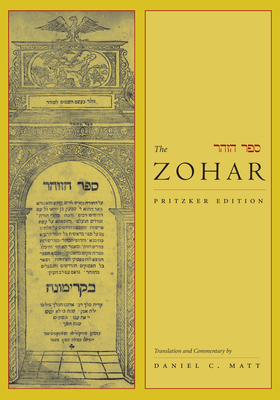 Sefer ha-Zohar (The Book of Radiance) has amazed readers ever since it emerged in medieval Spain over seven hundred years ago. Written in lyrical Aramaic, this masterpiece of Kabbalah exceeds the dimensions of a normal book; it is virtually a body of mystical literature, comprising over twenty sections. The bulk of the Zohar consists of mystical interpretation of the Torah, from Genesis through Deuteronomy.

The ninth volume of The Zohar: Pritzker Edition completes this running commentary on the Torah. Rabbi Shim'on and his Companions explore passages from the middle of the book of Numbers through the end of Deuteronomy. Among the remarkable sections is Rav Metivta, an account of a visionary journey by Rabbi Shim'on and some of the Companions to the Garden of Eden, where they discover secrets of the afterlife. Later in the volume appears the story of the Yanuqa (Child)--a wunderkind-and-enfant-terrible who amazes and teases, challenges and stumps the rabbis.

Near the very end of the Zohar on the Torah comes the remarkable section known as Idra Zuta (The Small Assembly). This dramatic narrative describes the last gathering of Rabbi Shim'on and the Companions before his death. Here the master reveals profound mysteries of divine being, and then departs from this world to unite ecstatically with the Divine Feminine, Shekhinah. Before departing, Rabbi Shim'on invites all of the Companions to his wedding celebration above.

Daniel C. Matt is a leading authority on Jewish mysticism. For twenty years, he served as Professor at the Graduate Theological Union in Berkeley, California. He has also taught at Stanford University and the Hebrew University of Jerusalem. Matt is the author of The Essential Kabbalah (1995), God and the Big Bang (1996), and Zohar: Annotated and Explained (2002). He is also the translator of the first eight volumes of The Zohar: Pritzker Edition.
Loading...
or support indie stores by buying on
(This book is on backorder)