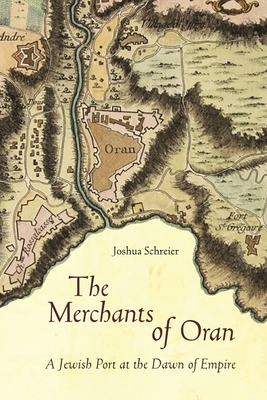 The Merchants of Oran

The Merchants of Oran weaves together the history of a Mediterranean port city with the lives of Oran's Jewish mercantile elite during the transition to French colonial rule. Through the life of Jacob Lasry and other influential Jewish merchants, Joshua Schreier tells the story of how this diverse and fiercely divided group both responded to, and in turn influenced, French colonialism in Algeria.

Jacob Lasry and his cohort established themselves in Oran in the decades after the Regency of Algiers dislodged the Spanish in 1792, during a period of relative tolerance and economic prosperity. In newly Muslim Oran, Jewish merchants found opportunities to ply their trades, dealing in both imports and exports. On the eve of France's long and brutal invasion of Algeria, Oran owed much of its commercial vitality to the success of these Jewish merchants.

Under French occupation, the merchants of Oran maintained their commercial, political, and social clout. Yet by the 1840s, French policies began collapsing Oran's diverse Jewish inhabitants into a single social category, legally separating Jews from their Muslim neighbors and creating a racial hierarchy. Schreier argues that France's exclusionary policy of emancipation, far more than older antipathies, planted the seeds of twentieth-century ruptures between Muslims and Jews.

Joshua Schreier is Professor of History at Vassar College. He is the author of Arabs of the Jewish Faith (2010).
Loading...
or support indie stores by buying on