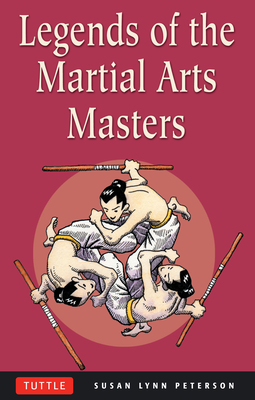 Whether you're an inspiring black belt or just a fan of martial arts action, you'll enjoy this collection of twenty exciting stories about the great heroes of the martial arts. The stories include dramatic victories, wily strategies, and triumphs over long odds--from the great Tsukahara Bokuden's cunning defeat of a troublemaking samurai to Wing Chun's brave self-defense against a brutish warlord. Children can read about Robert Trias, known as the father of American karate and Miyamoto Musashi, known as the greatest sword fighter in history and the author of the bestselling Book of Five Rings. Filled with action and amazing feats of martial arts wizardry, Legends of the Martial Arts Masters will inspire readers with stories of courage, combat, and self-discovery. Stories include: