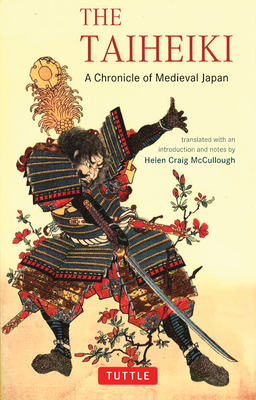 An epic saga of samurai warfare in medieval Japan This celebrated literary classic has delighted generations of Japanese. In its pages, you will find a vivid contemporary description of the fourteenth-century intrigues and battles that led to the destruction of the Hojo family, the military overlords of the nation, and made it possible for the Emperor Go-Daigo (1288-1339), one of Japan's most remarkable sovereigns, to reassert the power of the throne. Go-Daigo's first hesitant attempts to overthrow the Hojo, the early defeats suffered by his supporters, his dethronement and exile, the legendary exploits of his generals, the growing strength of his arms, and his ultimate return to the throne are all recounted in engrossing detail. The anonymous authors of The Taiheiki diversify their narrative through the skillful use of the rich treasure house of the Chinese dynastic histories, the verse of the Six Dynasties and T'ang, and the Confucian teachings underlying the strict warrior code of loyalty and filial piety. They write with a deep sense of the inevitability of karma--determined fate and the impermanence of man and his works--but the spirit of the age is reflected in their praise of valor and military prowess, their taste for descriptions of the trappings of war, and their frequent irreverent asides. Considered a part of the gunki monogatari, or war tales canon in Japan, The Taiheiki celebrates martial adventure and can be seen as a prose counterpart to the Homeric epics of the Iliad and the Odyssey.

Helen Craig McCullough (1918-1998) was a well-known American Orientalist. She received her doctoral degree from the University of California and studied at Tokyo University on a Fulbright grant. She was the editor and translator of numerous works from the Japanese and Chinese classic tradition.
Loading...
or support indie stores by buying on
(This book is on backorder)