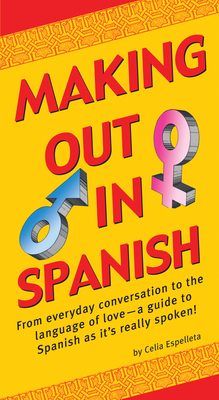 Making Out in Spanish

Celia Espelleta is a language educator, editor and translator. She holds degrees and certifications in Spanish, Catalan, English and translation, and has spent nearly two decades teaching.
Loading...
or
Not Currently Available for Direct Purchase