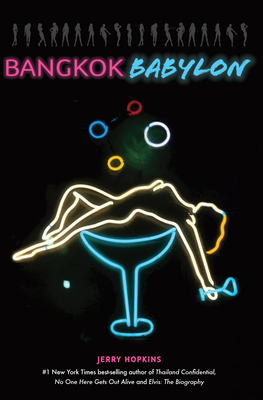 In the colorful tradition of Orwell and Hemingway, Maugham and Theroux, Jerry Hopkins recalls his first decade as a Bangkok expatriate by profiling twenty-five of the city's most unforgettable characters. Among them are the man thought to be the model for Colonel Kurtz in Apocalypse Now, an advertising executive who photographs Thai bargirls for Playboy, an Oscar-winning screenwriter who moved there to die, a Catholic priest who has lived and worked in the Bangkok slums for 35 years, a circus dwarf turned computer programmer turned restaurateur, three Vietnam war helicopter pilots who opened a go-go bar, a pianist at one of the world's best hotels who ended up on the FBI's 10 Most Wanted list, a gem dealer who smuggles antiquities from Burma and Cambodia, a detective who tracks runaways who fake their deaths, and a documentary filmmaker who lives with elephants. All of them "escaped" to Thailand to re-invent themselves and live out their fantasies in one of the world's most notorious cities.

Jerry Hopkins has published best-selling biographies of Elvis Presley, Jim Morrison and Jimi Hendrix and was an editor and correspondent for Rolling Stone for 20 years.
Loading...
or support indie stores by buying on