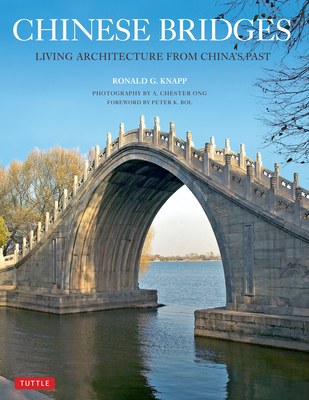 Praise For Chinese Bridges: Living Architecture from China's Past…

"This exquisitely illustrated volume gives more insight into the cultural and philosophical systems undergirding all forms of Chinese architecture than any book in recent years."—ArchNewsNow.com

"This book [Chinese Houses], illustrated with many beautiful photographs, could serve as the best guide for preserving China's cultural heritage."—Orientations

Since 1965, Ronald G. Knapp has spent significant time carrying out research in the Chinese countryside and is the author or contributing editor of more than a dozen books, including the award-winning Chinese Houses: The Architectural Heritage of a Nation. Knapp is currently SUNY Distinguished Professor Emeritus at the State University of New York, New Paltz, where he also lives. Currently based in Hong Kong, A. Chester Ong has photographed widely throughout Asia. His photography appears in magazines, exhibitions, as well as books, including China Modern, Chinese Houses, and China Living.
Loading...
or
Not Currently Available for Direct Purchase