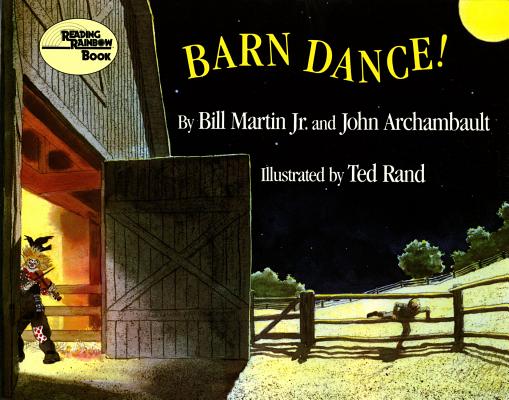 In an old farmhouse, bathed in the light of a full moon, a young boy creeps to his bedroom window and looks outside. Was that a voice he just heard, or the hooting of an owl? There it is again:

Beckoned by the voice, the boy sneaks downstairs, out the door, and walks toward the barn. As he gets closer he hears the sweet sound of a country fiddler and the rhythmic thumping of dancing feet. But who could possibly be having a barn dance in the middle of the night?

John Archambault has collaborated on several successful picture books, including The Ghost-Eye Tree, Barn Dance!, and Knots on a Counting Rope. With Bill Martin Jr. he wrote Listen to the Rain and The Magic Pumpkin.

Ted Rand has collaborated with Bill Martin, Jr. and John Archambault on several successful picture books, including The Ghost-Eye Tree, Barn Dance!, and Knots on a Counting Rope.

“With a rhythmic cadence Martin and Archambault build their story from a quiet moonlit night when 'there's magic in the air' to a very special, foot stompin' party....An engaging blend of words and pictures to set both the mind and eye dancing.” —School Library Journal, starred review

“A rousing, rowdy tale pulsing with the rhythm of country music....Rand's raucous...watercolor spreads are as spirited as the story poem.” —Booklist