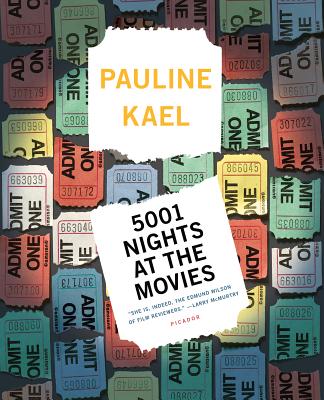 The intelligent person's guide to the movies, with more than 2,800 reviews

Look up a movie in this guide, and chances are you'll find yourself reading on about the next movie and the next. Pauline Kael's reviews aren't just provocative---they're addictive.

These brief, informative reviews, written for the "Goings On About Town" section of The New Yorker, provide an immense range of listings---a masterly critical history of American and foreign film. This is probably the only movie guide you'll want to read for the sheer pleasure of it.

“She is, indeed, the Edmund Wilson of film reviewers.” —Larry McMurtry

“A great critic…with a body of criticism that can be compared with Shaw's criticism of music and the theatre.” —The Times Literary Supplement (London)

“Kael changed the way we see. Poets aren't the only unacknowledged legislators of the world; great critics write the text as well.” —San Francisco Examiner

Pauline Kael won the National Book Award for her film criticism in 1974. The film critic for The New Yorker from 1968 to 1991, she is the author of more than a dozen books on the movies.
Loading...
or support indie stores by buying on