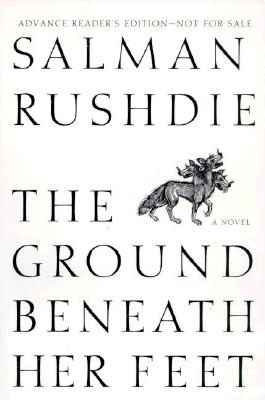 The Ground Beneath Her Feet (Hardcover)

Salman Rushdie is the author of six previous novels: Grimus, Midnight's Children, Shame (Owl Books, 0-8050-5310-7), The Satanic Verses (Owl Books, 0-8050-5309-3), Haroun and the Sea of Stories, and The Moor's Last Sigh, as well as one work of short stories titled East, West. He has also published four works of nonfiction: The Jaguar Smile (Owl Books, 0-8050-5311-5), Imaginary Homelands, The Wizard of Oz, and Mirrorwork (coedited with Elizabeth West) (Owl Books, 0-8050-5710-2).
or
Not Currently Available for Direct Purchase
Copyright © 2020 American Booksellers Association