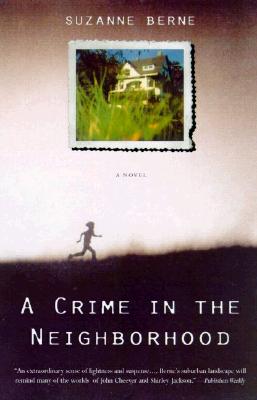 A Crime in the Neighborhood

Crime in the Neighborhood centers on a headline event-- the molestation and murder of a twelve-year-old boy in a Washington, D.C., suburb. At the time of the murder, 1973, Marsha was nine years old and as an adult she still remembers that summer as a time when murder and her own family's upheaval were intertwined. Everyone, it seemed to Marsha at the time, was committing crimes. Her father deserted his family to take up with her mother's younger sister. Her teenage brother and sister were smoking and shoplifting, and her mother was "flirting" with Mr. Green, the new next-door neighbor. Even the president of the United States seemed to be a crook. But it is Marsha's own suspicions about who committed this crime that has the town up in arms and reveals what happens when fear runs wild.


Praise For A Crime in the Neighborhood…

"A remarkable first novel...that captures the history of child-parent relations for the last quarter of a century."--The New York Times Book Review

"Like Alice McDermott's That Night and in the tradition of Harper Lee's To Kill A Mockingbird, Suzanne Berne has crafted a child's disillusionment that mirrors a greater disaffection."--Newsday

Suzanne Berne is a writer whose reviews and fiction have appeared in many newspapers and journals. A faculty member of the Harvard University Extension School and the Radcliffe Seminars, she lives with her family in Watertown, Massachusetts.
Loading...
or
Not Currently Available for Direct Purchase