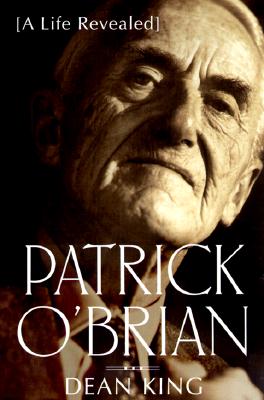 The untold life story of a novelist whose greatest fictional creation was his own identity.

In a 1998 article in New York magazine, Dean King offered readers a small sampling of the secret history of Patrick O'Brian, the creator of the bestselling series of Aubrey-Maturin novels. O'Brian has always guarded the secrets of his personal history with a zealousness that has bordered on the obsessive. And for years his fanatical readers have speculated on the true story and spun myths about his past based on the lives of his characters.

Dean King at last unveils the story of Richard Patrick Russ, a writer and intellectual who emerged from the Second World War as Patrick O'Brian, a persona created in his own imagination and later refined by decades of rumor and speculation. What motivated this radical change of identity? Was it connected to O'Brian's service during the war, or the messy divorce from his first wife? Or was it the inexplicable act of an eccentric genius?King has crisscrossed Europe to speak to long-lost relatives, friends, and colleagues of his famously reclusive subject and has fashioned this wealth of information into a dramatic narrative that will appeal to an audience far wider than O'Brian's already dedicated fans.

Praise For Patrick O'Brian: A Life…

"[O'Brian] devotees should rejoice at this account of his life, written with appreciative balance, rich with literary insight." (Los Angeles Times)

"This absorbing biography provides all the details one could hope for, and more." (Jay Parini)