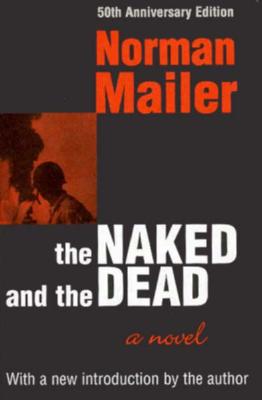 The Naked and the Dead

50th Anniversary Edition, With a New Introduction by the Author

Hailed as one of the finest novels to come out of the Second World War, "The Naked and the Dead" received unprecedented critical acclaim upon its publication and has since enjoyed a long and well-deserved tenure in the American canon. This fiftieth anniversary edition features a new introduction created especially for the occasion by Norman Mailer.
Written in gritty, journalistic detail, the story follows a platoon of Marines who are stationed on the Japanese-held island of Anopopei. Composed in 1948 with the wisdom of a man twice Mailer's age and the raw courage of the young man he was, "The Naked and the Dead" is representative of the best in twentieth-century American writing.


Praise For The Naked and the Dead: 50th Anniversary Edition, With a New Introduction by the Author…

"The most important American novel since Moby Dick."--Providence Journal

"Vibrant with life, abundant with real people, full of memorable scenes. To call it merely a great book about the war would be to minimize its total achievement."--The Philadelphia Inquirer

Norman Mailer wrote "The Naked and the Dead" at the age of twenty-five, after serving two years in the Philippines as a rifleman during the Second World War. He has written thirty-one books, including "Armies of the Night" (1968), which won the Pulitzer Prize and the National Book Award; "The Executioner's Song" (1979), which also won the Pulitzer; and more recently, "Harlot's Ghost" and the collection "The Time of Our Time." In addition, he has composed many essays and poems and has directed and appeared in several motion pictures. He lives in New York.
or
Not Currently Available for Direct Purchase