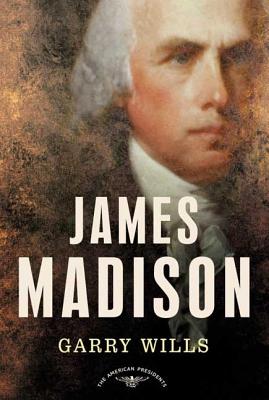 A bestselling historian examines the life of a Founding Father.

Renowned historian and social commentator Garry Wills takes a fresh look at the life of James Madison, from his rise to prominence in the colonies through his role in the creation of the Articles of Confederation and the first Constitutional Congress.

Madison oversaw the first foreign war under the constitution, and was forced to adjust some expectations he had formed while drafting that document. Not temperamentally suited to be a wartime President, Madison nonetheless confronted issues such as public morale, internal security, relations with Congress, and the independence of the military. Wills traces Madison's later life during which, like many recent Presidents, he enjoyed greater popularity than while in office.

"Pulitzer Prize–winning historian Wills does as good a job as possible in this brief volume … Madison had "the strength of his weaknesses," concludes Wills in this fine, short biography of one of the nation's greatest public servants." - Publishers Weekly

Garry Wills is a Pulitzer Prize-winning historian and cultural critic, and a professor of history at Northwestern University. A recipient of the National Book Award, his many books include Lincoln at Gettysburg, Reagan's America, Witches and Jesuits, and a biography of Saint Augustine. He lives in Evanston, Illinois.