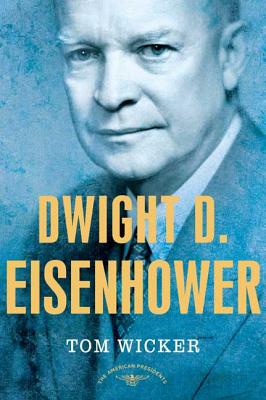 A bona-fide American hero at the close of World War II, General Dwight Eisenhower rode an enormous wave of popularity into the Oval Office seven years later. Though we may view the Eisenhower years through a hazy lens of 1950s nostalgia, historians consider his presidency one of the least successful. At home there was civil rights unrest, McCarthyism, and a deteriorating economy; internationally, the Cold War was deepening. But despite his tendency toward "brinksmanship," Ike would later be revered for "keeping the peace." Still, his actions and policies at the onset of his career, covered by Tom Wicker, would haunt Americans of future generations.

For over thirty years, Tom Wicker covered American politics at The New York Times, where he began writing the Times's "In the Nation" column. He was the author of several books, including One of Us: Richard Nixon and the American Dream and JFK & LBJ, as well as two novels.