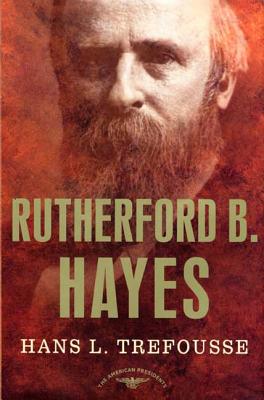 A leader of the Reconstruction era, whose contested election eerily parallels the election debacle of 2000

The disputed election of 1876 between Rutherford B. Hayes and Samuel Tilden, in which Congress set up a special electoral commission, handing the disputed electoral votes to Hayes, brings recent events into sharp focus.

Historian Hans L. Trefousse explores Hayes's new relevance and reconsiders what many have seen as the pitfalls of his presidency. While Hayes did officially terminate the Reconstruction, Trefousse points out that this process was already well under way by the start of his term and there was little he could do to stop it. A great intellectual and one of our best-educated presidents, Hayes did much more in the way of healing the nation and elevating the presidency.

“A useful look at an honest, if obscure, political leader who, the author argues, rightfully won his office.” —Kirkus Reviews

Hans L. Trefousse, distinguished professor emeritus of history at Brooklyn College and the Graduate Center of the City University of New York, is a specialist in the history of the Civil War and Reconstruction. He is the author of biographies of leading figures of the period as well as works on the Pearl Harbor attack.