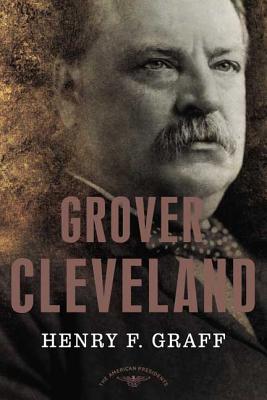 A fresh look at the only president to serve nonconsecutive terms.

Though often overlooked, Grover Cleveland was a significant figure in American presidential history. Having run for President three times and gaining the popular vote majority each time -- despite losing the electoral college in 1892 -- Cleveland was unique in the line of nineteenth-century Chief Executives.

In this book, presidential historian Henry F. Graff revives Cleveland's fame, explaining how he fought to restore stature to the office in the wake of several weak administrations. Within these pages are the elements of a rags-to-riches story as well as an account of the political world that created American leaders before the advent of modern media.

Henry F. Graff is a professor emeritus of history at Columbia University, where he taught his pioneering seminar on the presidency. The author of The Tuesday Cabinet and the reference work The Presidents, he is a frequent commentator on radio and television. He lives in New York.

"In this brief, excellent volume written for Arthur Schlesinger's American Presidents series, Columbia professor emeritus Graff (The Tuesday Cabinet) picks up the often neglected Grover Cleveland, dusts him off and reminds us how substantial he was. " - Publishers Weekly
or support indie stores by buying on
Copyright © 2020 American Booksellers Association