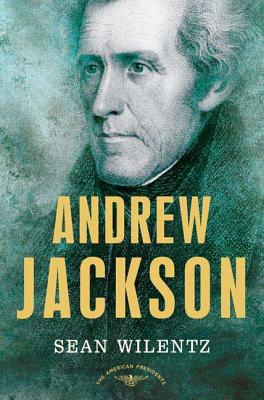 "It is rare that historians manage both Wilentz's deep interpretation and lively narrative." - Publishers Weekly

The Founding Fathers espoused a republican government, but they were distrustful of the common people, having designed a constitutional system that would temper popular passions. But as the revolutionary generation passed from the scene in the 1820s, a new movement, based on the principle of broader democracy, gathered force and united behind Andrew Jackson, the charismatic general who had defeated the British at New Orleans and who embodied the hopes of ordinary Americans. Raising his voice against the artificial inequalities fostered by birth, station, monied power, and political privilege, Jackson brought American politics into a new age.
Sean Wilentz, one of America's leading historians of the nineteenth century, recounts the fiery career of this larger-than-life figure, a man whose high ideals were matched in equal measure by his failures and moral blind spots, a man who is remembered for the accomplishments of his eight years in office and for the bitter enemies he made. It was in Jackson's time that the great conflicts of American politics—urban versus rural, federal versus state, free versus slave—crystallized, and Jackson was not shy about taking a vigorous stand. It was under Jackson that modern American politics began, and his legacy continues to inform our debates to the present day.