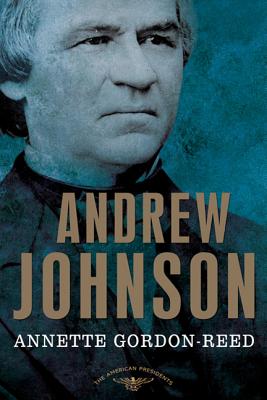 Andrew Johnson never expected to be president. But just six weeks after becoming Abraham Lincoln's vice president, the events at Ford's Theatre thrust him into the nation's highest office.

Johnson faced a nearly impossible task—to succeed America's greatest chief executive, to bind the nation's wounds after the Civil War, and to work with a Congress controlled by the so-called Radical Republicans. Annette Gordon-Reed, one of America's leading historians of slavery, shows how ill-suited Johnson was for this daunting task. His vision of reconciliation abandoned the millions of former slaves (for whom he felt undisguised contempt) and antagonized congressional leaders, who tried to limit his powers and eventually impeached him.

The climax of Johnson's presidency was his trial in the Senate and his acquittal by a single vote, which Gordon-Reed recounts with drama and palpable tension. Despite his victory, Johnson's term in office was a crucial missed opportunity; he failed the country at a pivotal moment, leaving America with problems that we are still trying to solve.

“In this short and brilliantly written book, award-winning author Gordon-Reed … argues that the nation went from the best President to the worst during this most crucial period of its history.” —Library Journal

“In a short biography, all bases can be covered, but the author is still left to exercise the tone of a personal essay, which this author accomplishes brilliantly.” —Booklist (starred review)

“A fair-minded, toned-down portrait of a deeply problematic president who could not rise to the country's challenge after the Civil War.” —Kirkus Reviews