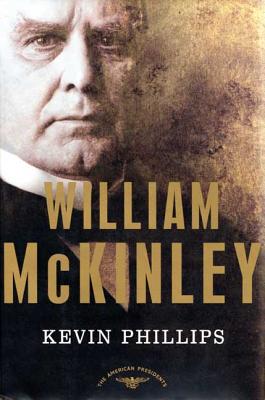 By any serious measurement, bestselling historian Kevin Phillips argues, William McKinley was a major American president. It was during his administration that the United States made its diplomatic and military debut as a world power. McKinley was one of eight presidents who, either in the White House or on the battlefield, stood as principals in successful wars, and he was among the six or seven to take office in what became recognized as a major realignment of the U.S. party system.

Phillips, author of Wealth and Democracy and The Cousins' War, has long been fascinated with McKinley in the context of how the GOP began each of its cycles of power. He argues that McKinley's lackluster ratings have been sustained not by unjust biographers but by years of criticism about his personality, indirect methodologies, middle-class demeanor, and tactical inability to inspire the American public. In this powerful and persuasive biography, Phillips musters convincing evidence that McKinley's desire to heal, renew prosperity, and reunite the country qualify him for promotion into the ranks of the best chief executives.

Kevin Phillips, author of Wealth and Democracy, The Cousins' War, and Arrogant Capital , is a regular contributor to the Los Angeles Times, The New York Times Magazine, and The Washington Post and is a commentator for CBS and National Public Radio. He also edits his own newsletter, American Political Report. He lives in Connecticut.