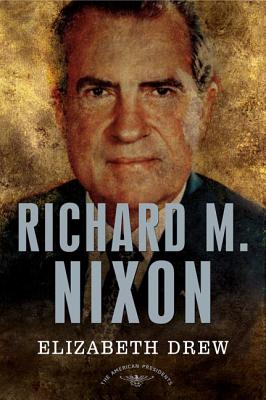 In this provocative and revelatory assessment of the only president ever forced out of office, the legendary Washington journalist Elizabeth Drew explains how Richard M. Nixon's troubled inner life offers the key to understanding his presidency. She shows how Nixon was surprisingly indecisive on domestic issues and often wasn't interested in them. Turning to international affairs, she reveals the inner workings of Nixon's complex relationship with Henry Kissinger, and their mutual rivalry and distrust. The Watergate scandal that ended his presidency was at once an overreach of executive power and the inevitable result of his paranoia and passion for vengeance.

Even Nixon's post-presidential rehabilitation was motivated by a consuming desire for respectability, and he succeeded through his remarkable resilience. Through this book we finally understand this complicated man. While giving him credit for his achievements, Drew questions whether such a man—beleaguered, suspicious, and motivated by resentment and paranoia—was fit to hold America's highest office, and raises large doubts that he was.

"Drew, a long-time political journalist who covered the Watergate scandal, reminds readers in her excellent addition to the American Presidents series that Nixon was more than the scandal that forced him from office ... Readers who lived through the tumult and those new to the period will find much to commend in this crisp biography. " - Publishers Weekly