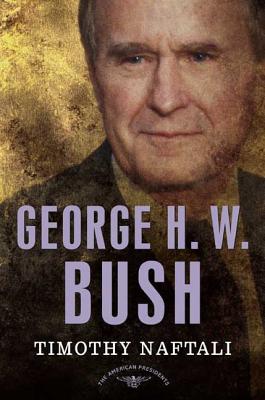 The judicious statesman who won victories abroad but suffered defeat at home, whose wisdom and demeanor served America well at a critical time

George Bush was a throwback to a different era. A patrician figure not known for eloquence, Bush dismissed ideology as "the vision thing." Yet, as Timothy Naftali argues, no one of his generation was better prepared for the challenges facing the United States as the Cold War ended. Bush wisely encouraged the liberalization of the Soviet system and skillfully orchestrated the reunification of Germany. And following Iraq's invasion of Kuwait in 1990, he united the global community to defeat Saddam Hussein. At home, Bush reasserted fiscal discipline after the excesses of the Reagan years.

It was ultimately his political awkwardness that cost Bush a second term. His toughest decisions widened fractures in the Republican Party, and with his party divided, Bush lost his bid for reelection in 1992. In a final irony, the conservatives who scorned him would return to power eight years later, under his son and namesake, with the result that the elder George Bush would see his reputation soar.

Timothy Naftali is the director of the Richard Nixon Presidential Library and Museum, having previously served as director of the Presidential Recordings Program at the University of Virginia. He is the coauthor of Khrushchev’s Cold War and One Hell of a Gamble: Khrushchev, Kennedy, Castro, and the Cuban Missile Crisis 1958-1964, and the author of Blind Spot: The Secret History of American Counterterrorism. He lives in Los Angeles.

Sean Wilentz, a professor of history at Princeton University, is the author or editor of several books, including Chants Democratic and The Rise of American Democracy. He has also written for The New York Times, the Los Angeles Times, The New Republic, and other publications. He lives in Princeton, New Jersey.
or
Buy Here
Copyright © 2020 American Booksellers Association