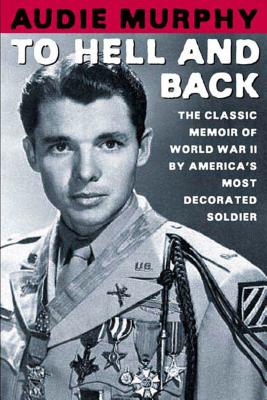 To Hell and Back (Paperback)

The classic bestselling war memoir by the most decorated American soldier in World War II, back in print in a trade paperback

Originally published in 1949, To Hell and Back was a smash bestseller for fourteen weeks and later became a major motion picture starring Audie Murphy as himself. More than fifty years later, this classic wartime memoir is just as gripping as it was then.

Desperate to see action but rejected by both the marines and paratroopers because he was too short, Murphy eventually found a home with the infantry. He fought through campaigns in Sicily, Italy, France, and Germany. Although still under twenty-one years old on V-E Day, he was credited with having killed, captured, or wounded 240 Germans. He emerged from the war as America's most decorated soldier, having received twenty-one medals, including our highest military decoration, the Congressional Medal of Honor. To Hell and Back is a powerfully real portrayal of American GI's at war.

Audie Murphy was the most decorated American soldier during World War II. He went on to a long film career, starring in The Red Badge of Courage, The Quiet American, and his own To Hell and Back. He was killed in a plane crash in 1971 at age forty-six.
or
Buy Here
Copyright © 2020 American Booksellers Association