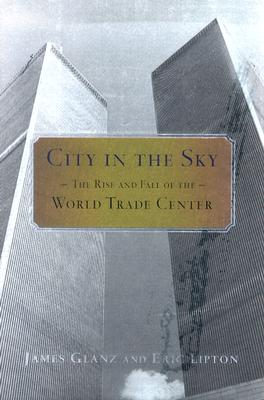 City in the Sky

The Rise and Fall of the World Trade Center

More than a year after the nation began mourning the lives lost in the attacks on the World Trade Center, it became clear that something else was being mourned: the towers themselves. They were the biggest and brashest icons that New York, and possibly America, has ever produced-magnificent giants that became intimately familiar around the globe. Their builders were possessed of a singular determination to create wonders of capitalism as well as engineering, refusing to admit defeat before natural forces, economics, or politics.

No one knows the history of the towers better than New York Times reporters James Glanz and Eric Lipton. In a vivid, brilliantly researched narrative, the authors re-create David Rockefeller's ambition to rebuild lower Manhattan, the spirited opposition of local storeowners and powerful politicians, the bold structural innovations that later determined who lived and died, master builder Guy Tozzoli's last desperate view of the towers on September 11, and the charged and chaotic recovery that could have unraveled the secrets of the buildings' collapse but instead has left some enduring mysteries.

Like David McCullough's The Great Bridge, City in the Sky is a riveting story of New York City itself, of architectural daring, human frailty, and a lost American icon.

James Glanz is a science reporter for" The New York Times "with a doctorate in physics. Eric Lipton is a metropolitan reporter for the "Times." Since September 11, 2001, they have investigated the attack on the World Trade Center and the aftermath. They live in New York.
Loading...
or
Not Currently Available for Direct Purchase