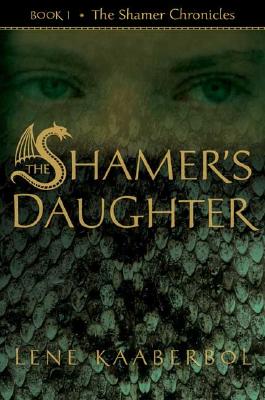 "It ought to be quite a show," said the squire, obviously enjoying the attention of the crowd. "The false Shamer has been convicted of witchcraft and treason and is to be executed tomorrow."
I couldn't move. I couldn't breathe. I knew now where my mother was. Drakan had her. And tomorrow he would give her to the dragons.

Who dares look into the Shamer's eyes?

Dina has unwillingly inherited her mother's gift: the ability to elicit shamed confessions simply by looking into someone's eyes. To Dina, however, these powers are not a gift but a curse. Surrounded by hostility and fear, she longs for simple friendship.

But when her mother is called to Dunark Castle to uncover the truth about a bloody triple murder, Dina must come to terms with her Shamer's eyes-or let her mother fall prey to the vicious and revolting dragons of Dunark. And one of those dragons is human.

Praise For The Shamer's Daughter…

"I gobbled it right up!"--Tamora Pierce, bestselling author of fantasy books for teenagers, including Trickster’s Choice.

"The first in the Shamer Chronicles series, this novel stands on its own and offers a satisfying conclusion even as it provides an intriguing setting and mythology for future adventures."--Publishers Weekly

"Classic adventure fantasy, with the right combination of personalities, power, intrigue, and dragons to forestall any hint of a formulaic approach."--VOYA

"The first book in the Shamer Chronicles is a page-turner; readers will eagerly await the next episode."--Booklist

"Kaaberbol has written an absorbing and fast-paced fantasy/mystery bursting with action and intrigue. . . . The only questions is: when will the next one come out?"--Bulletin of the Center for Children's Books

Lene Kaaberbol is the author of many popular books that have been published in Denmark. She does her own translations, and her English version of" The Shamer's Daughter "was short-listed for the Marsh Award for Children's Literature in Translation in Britain. Ms. Kaaberbol lives in Copenhagen, Denmark.
Loading...
or
Not Currently Available for Direct Purchase