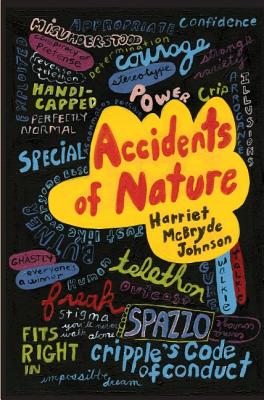 I'm in the middle of a full-blown spaz-attack, and I don't care. I don't care at all. At home I always try to act normal, and spaz-attacks definitely aren't normal. Here, people understand. They know a spaz-attack signals that I'm
excited. They're excited too, so they squeal with me; some even spaz on purpose, if you can call that spazzing . . .
An unforgettable coming-of-age novel about what it's like to live with a physical disability

It's the summer of 1970. Seventeen-year-old Jean has cerebral palsy, but she's always believed she's just the same as everyone else. She's never really known another disabled person before she arrives at Camp Courage. As Jean joins a community unlike any she has ever imagined, she comes to question her old beliefs and look at the world in a new light. The camp session is only ten days long, but that may be all it takes to change a life forever.

Henry Holt published Harriet McBryde Johnson's adult memoir, Too Late to Die Young, in April 2005. Ms. Johnson has been featured in The New York Times Magazine and has been an activist for disability rights for many years.

Harriet McBryde Johnson has been a lawyer in Charleston, South Carolina, since 1985. Her solo practice emphasizes benefits and civil rights claims for poor and working people with disabilities. She is the author of Accidents of Nature and Too Late to Die Young.