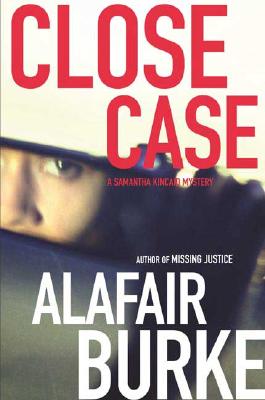 Investigating the brutal murder of a hotshot journalist, Samantha Kincaid finds herself caught in the middle of an increasingly personal-and potentially dangerous-struggle between Portland's police and the DA's office

For Deputy District Attorney Samantha Kincaid's thirty-second birthday, she gets an unusual gift: a homicide call out. The crime scene: the elite Hillside neighborhood in Portland, Oregon. The victim: hotshot investigative reporter Percy Crenshaw, who has been bludgeoned to death in his carport.

Tensions in the city have been running high. The previous week, a police officer shot and killed an unarmed mother of two in what he claims was self-defense; in the aftermath, protestors have waged increasingly agitated anti-police protests. Crenshaw's death, it seems, is not unrelated: within a matter of hours, police arrest two young men who appear to have embarked on a crime spree in the aftermath of the protests. The case looks straightforward, especially when one of the suspects confesses. But then the man recants, claiming coercive police tactics, and Samantha finds herself digging for more evidence. Following Crenshaw's steps, her search leads her through an elaborate maze of connections between the city's drug trade and officers in the bureau's north precinct.

Samantha's pursuit of the truth puts her in the middle of city political battles and on the outs with the cops, including her new live-in boyfriend, Detective Chuck Forbes. Worse yet, the path left by Crenshaw could lead Samantha to the same fatal end.

With Close Case, Alafair Burke delivers her most suspenseful and powerful novel yet.

Praise for Missing Justice:
"[Burke] is definitely a comer and a keeper."
-Chicago Tribune

A former deputy district attorney in Portland, Oregon, Alafair Burke now teaches criminal law at Hofstra Law School. The daughter of acclaimed crime writer James Lee Burke, she is a graduate of Stanford Law School and currently serves as a legal and trial commentator for radio and television programs, including For Court TV. She lives in New York City. "Close Case" is the third book in the Samantha Kincaid series.
Loading...
or
Not Currently Available for Direct Purchase