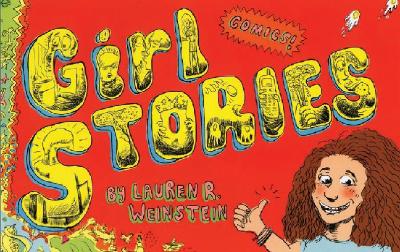 Girl Stories began as a series of comics drawn for the teen girls' Web site gurl.com, where they generated thousands of e-mails from teenage girls (and some boys too).

Expanded into a full-length graphic novel, these tales of one girl's adolescence are hilarious, heartbreaking, and honest. Lauren R. Weinstein tells the horrible truth about growing up, surviving embarrassing parents, bullies from hell, best friends, boyfriends, breakups, and trying too hard to be cool--and it has never been funnier.

Lauren R. Weinstein draws comics, makes etchings, and teaches cartooning and drawing in New York City. Ms. Weinstein is also in an experimental rock band called "Flaming Fire," and they are recording their third album. She lives in Brooklyn, New York.
Loading...
or
Not Currently Available for Direct Purchase