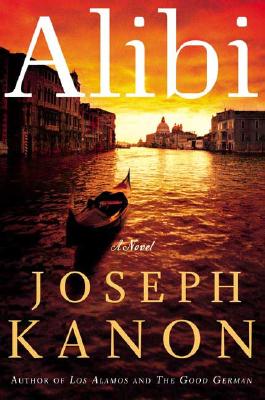 From the bestselling author of" Los Alamos" and "The Good German" comes a riveting tale of love, revenge and murder set in postwar Venice
It is 1946, and a stunned Europe is beginning its slow recovery from the ravages of World War II. Adam Miller has come to Venice to visit his widowed mother and try to forget the horrors he has witnessed as a U.S. Army war crimes investigator in Germany. Nothing has changed in Venice-not the beautiful palazzi, not the violins at Florian's, not the shifting water that makes the city, untouched by bombs, still seem a dream.
But when Adam falls in love with Claudia, a Jewish woman scarred by her devastating experiences during the war, he is forced to confront another Venice, a city still at war with itself, haunted by atrocities it would rather forget. Everyone, he discovers, has been compromised by the Occupation-the international set drinking at Harry's, the police who kept order for the Germans, and most of all Gianni Maglione, the suave and enigmatic Venetian who happens to be his mother's new suitor. And when, finally, the troubled past erupts in violent murder, Adam finds himself at the center of a web of deception, intrigue, and unexpected moral dilemmas. When is murder acceptable? What are the limits of guilt? How much is someone willing to pay for a perfect alibi?
Using the piazzas and canals of Venice as an enthralling but sinister backdrop, Joseph Kanon has again written a gripping historical thriller. "Alibi" is at once a murder mystery, a love story, and a superbly crafted novel about the nature of moral responsibility.

Praise for The Good German:
"[Kanon] is fast approaching the complexity and relevance not just of le Carré and Greene but even of Orwell: provocative, fully realized fiction that explores, as only fiction can, the
reality of history as it is lived by individual men and women."
-The New York Times Book Review

"As he did in Los Alamos, Kanon demonstrates an eerie mastery of the evocative historical detail . . . You can feel the shattered glass crunching beneath your feet as you read. You can smell the smoke-scorched broken bricks . . . Kanon is as ambitious a novelist as he is a gifted one." -The Washington Post

Joseph Kanon is the author of three novels, "The Good German," " Los Alamos, " and "The Prodigal Spy." Before becoming a full-time writer, he was a book publishing executive. He lives in New York City.
Loading...
or
Not Currently Available for Direct Purchase