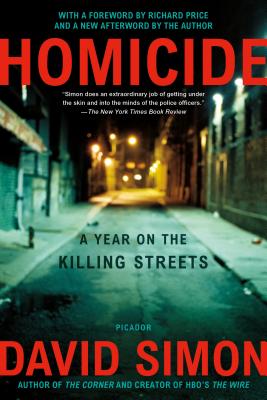 
Praise For Homicide: A Year on the Killing Streets…

David Simon is a Baltimore-based journalist, author and television producer. A former crime reporter for the Baltimore Sun, he is the creator of the celebrated HBO series The Wire, which depicts the political and socioeconomic fissures in an American city. His other television credits include the NBC drama Homicide and HBO’s The Corner, Generation Kill, Treme, Show Me A Hero, The Deuce, and The Plot Against America. The author of two books of narrative nonfiction, "Homicide" and "The Corner," Simon is a 2010 MacArthur Fellow.
Loading...
or support indie stores by buying on