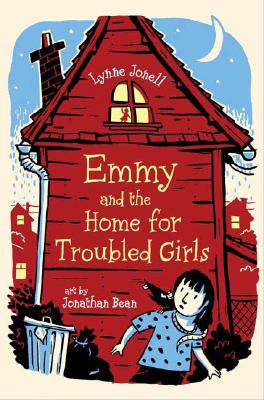 Emmy and the Home for Troubled Girls

Emmy Addison is an ordinary girl almost. If you don't count the fact that her parents are rich (very), her best friend is a boy (and a soccer star), and she can talk to rodents (and they talk back), she's very ordinary indeed. But she hasn't been that way for long . . .

It was only a few weeks ago that Emmy and her friends Ratty and Joe got rid of the evil Miss Barmy, the nanny who had nearly ruined Emmy's life and the lives of five other girls who went missing. Miss Barmy is now a rat. How much harm can she do?


Praise For Emmy and the Home for Troubled Girls…

“Fans will find plenty of adventure, fun, and all the rodents they could wish for.”—School Library Journal

“Fans of the first book will be pleased.”—Booklist

Lynne Jonell is the author of the novels "Emmy and the Incredible Shrinking Rat" and "The Secret of Zoom," as well as several critically acclaimed picture books. Her books have been named Junior Library Guild Selections and a Smithsonian Notable Book, among numerous other honors. She teaches writing at the Loft Literary Center and lives with her husband and two sons in Plymouth, Minnesota.Jonathan Bean has a master's degree in illustration from the School of Visual Arts in New York. He has illustrated several books for young readers, including "Mokie and Bik." He lives in New York City.
Loading...
or
Not Currently Available for Direct Purchase